At Impala, we’re hiring. A lot. As part of that we have hundreds of applications for most jobs and one thing that we always ask for (indeed it’s a required field), is a Cover Letter.

This seems somewhat anachronistic to some people but it’s something that is an insanely useful tool for both the applicant and the applied (appliqué? applikee? err… us). Since we’re asking you to jot something down, I thought I’d jot down why we think that.

A Different Kind of Cover Letter

First of all, let’s be super clear. We’re not in 1994 and we absolutely do not expect you to spend 3 hours crafting a perfectly written Cover Letter that references absolutely every aspect of a job you haven’t got that much information about, praising our wonderfully loquacious verbiage and expressing willingness to sacrifice multiple lambs at the altar of the god of Hotel Data APIs.

We realise that’s all nonsense. All we want is a paragraph. One or two paragraphs of average length that tells us why you think you’ll be great or saying hello or allowing us to get to know you or addressing some elephant-in-the-resumé.

I promise that we read it every time.

It Kills Your Need for a New CV

This is something that is so often overlooked. I actually do not need you to create a CV; no-one does. LinkedIn does this for you. You can just export your profile as a PDF. That means you don’t have to mess-on updating things and adding new positions to a highly stylised word document that won’t let you corral that bloody piece of information in that bloody box without changing the whole layout.

But if you’re going to use a LinkedIn export then a Cover Letter is vital to show that you’ve taken some time to think about the role rather than just scatter gun applying for every job in the land. We still like to feel special.

It Makes Us Relate

When we were applying for Techstars many moons again, Jens Lapinski (then the Managing Director of the program, now running a fantastic seed fund) inserted in between several interview stages “a call”. No context, no agenda, just 20 minutes of discussion.

It seemed a bit strange at the time and I asked him afterwards why he did it and his answer was so clear. The more we spoke to him, he said, the less likely we were to reject the offer when it came because now we related to him. Genius.

The same applies here. When you have 200 applications to get through, it just feels very easy to hit “Reject” because the process is wildly dehumanising (insert Churchill quote about democracy). If you’ve actually written something in your own words then we are forced mentally to imagine who you are. It makes it so, so much harder to press “Reject”.

It Makes Us Join The Dots

Impala is annoyingly deep in two domains, Travel/Hospitality and Developer APIs. It also has a third domain, “high-growth tech startups”. If you’re applying for say a Head of Marketing job and you’ve just been the Head of Marketing at the one other company in the world that is a Startup Travel Developer API then we don’t need context. For everyone else it’s massively helpful.

Otherwise you have to remember that we don’t know the day-to-day of other positions in other companies. If you’re applying for that role as a Marketing Manager EMEA at Vodafone then our instinct is that that’s three domains (Travel, APIs, Startups) that you don’t have experience with. The only way to cut through this is with a cover letter:

“Hey — Currently a Marketing Manager at Vodafone. Here I’ve dealt with the go-to-market of productizing our internal developer APIs. It’s a small unit and feels a lot like a startup”

This makes it 100x easier for us to hit “Advance” and speak to you.

It Can Contextualize Education

London is a wonderfully multi-cultural city. That means I might flick through 3 CVs and the candidates sending them were from Latvia, India and Germany. I’m British and I went to University in Britain. I have a pretty good understanding of how universities stack up here and I know where to find league table information.

Elsewhere I have no clue. Sure if you went to La Sorbonne or La Sapienza or Harvard or Stanford or something then I’m going to know. But if you have a first class degree from the best University in Latvia, it’s going to be extremely unlikely that that will be known to me unless you make it clear in your Cover Letter. I just wouldn’t even know where to look for that information, let alone at the speed we need it for digesting CVs.

You worked bloody hard for that education, don’t let some idiot like me dismiss it because it takes too long to look up.

We get so many CVs where the last role is listed as somewhere that isn’t London and the address is equally not-London. We’re not going to put you through to a screen call that would be a waste of both our time unless it’s clear that you either:

Otherwise we have to operate under the impression that you think you can stay in Singapore or New Zealand or wherever else you might be and it means we can’t advance you.

Additionally, please give us some indication of whether you will need Visa sponsorship if your CV looks like it might be required. This is a big thing for a lot of companies, us included (although it doesn’t mean we wouldn’t do it).

It Shows You Can Format Comms

“Hi Floyd. Hope all is well.

Can we decide whether or not we’re going to do this todayand not tomorrow bcos:

Itll be to late. I’m awway next week.

This is so much more common than people realise and think about how little written communication there is in the job process vs the job itself. Any job here will have you sending emails and using Slack to some degree. We want to make sure we’re not about to have to wash our eyes in acid every-time your name pops up in the top right hand corner of the screen.

NB: I can only imagine there’s at least one spelling mistake in this article; feel free to rejoice in the irony.

I could go on, there are so many good reasons for doing something that will only take you — at a push — fifteen minutes. You’ve spent hours looking for jobs, reading descriptions and preparing CVs; don’t let the last five minutes go to waste just because you need to write an extra paragraph. 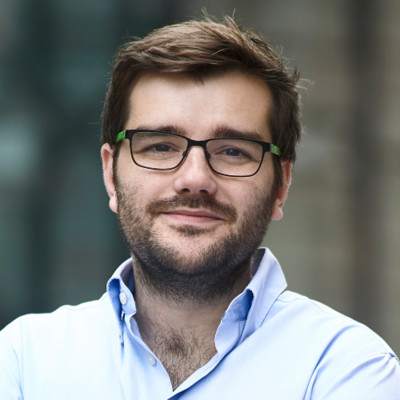